Where do sales leaders and managers go wrong with forecasting?

So with forecasting there’s a couple of things, obviously we’re pretty passionate about it at cluster. But I think probably the main one is people forecasting for the sake of forecasting. It’s like coming into a meeting and somebody says, “right, what have we got that’s going to close this quarter / this period?”

People often say a number because they want that number to sound good. And then they work like crazy to try and hit it when actually the art of a good forecast is about being accurate.

So even if your numbers, you know, you know, 20, even 50% lower than where you want to be compared to your target, if you the go and then hit that number and you’ll bang on, you know, it was a good forecast cuz you’re very, very accurate. So it’s often not about like hitting the target. If you don’t have the deals in the tank or the revenue there to get there, that’s, that’s a different problem, but you should be using your forecast to say, you know, what you’ve got and where you’re gonna land and, and be as accurate as possible. Not, the number that maybe leadership wants to hear. I think that’s probably the biggest misconception we always get.

Great forecasting is usually done with people who can plan quite far in advance and they’re using the data from previous months/ quarters to help them with that.

So they might know historically, you know, looking at last quarter, these three things happened as the quarter played out. It could be, you know, we found X amount of pipeline that was didn’t exist on day one of the month or period it was created during and the sales cycle was short enough for us to close it. So they’ll be able to account for things like that. And they’ll have a really good grip over all of their reps. If their reps say this “isn’t best”, they all mean the same thing or they’ve defined “commit” across the business so it’s the same thing.

I think great teams that forecast have really good control over where deals sit within their pipeline, whether it’s by stage or category. And they’re also super aware of like, these are the previous trends that always happen in our business. You know, we lose 20% to this. We gain 10% for that and they can start to plan not just for the current month or quarter, but the next one as well. And I’d say that’s probably the difference between great and good. If you can get three months, six months out, then you’re doing pretty well.

By taking a data led approach, what other opportunities maybe uncovered that could have otherwise been missed?

With your data in sales now, like obviously there’s data for tons of stuff. So one of the big areas that we personally focus on is rep coaching and enablement.

And we are really big on trying to understand when somebody wins, why do they win? When somebody loses, why do they lose? And what can we do as a management team to help guide them and give them like the best chance of success moving forwards.

And there’s some stuff in the data that honestly like I didn’t realise was happening on even at my level and never mind at an individual reps level. So when you take a data led approach, it honestly just brings visibility to so many areas that normally would get overlooked, because you don’t have the time typically to like calculate this stuff manually. You know, you might have a team of data analysts, but it’s not a great use of their time to spend it on, on that type of stuff.

So if you can get tools that automate it and surface and say like, “hey, did you know that you do this in your business or this rep does, you know, X, Y, and Z consistently”.

That’s a great place for you to have like small changes to turn your, I guess your C grade reps into B grade reps. And ultimately that’s where the biggest gain for a business would be. So I think that the data led approach is just purely around time saving and allowing teams to really focus on making really positive changes for their reps and their behaviours.

In terms of pipeline management, what are high performing sales leaders and their teams doing really well

Close / losting deals so, and I know it sounds a bit backwards to a lot of things that people have said, you know, you often come in as a new sales rep and it’s like, right, you need to build as much pipeline as possible and you know, every week it’s how much pipeline have you created.

And the converse to that should be, you know, how much pipeline have you closed, whether it’s one or lost.

And the reason being is if you’ve got a really lean pipeline and all the deals are real you haven’t got, you know, stuff that’s been sat in the CRM for months and months and months because you know, back way back when it was, you know, they gave you kind of half an opportunity or they took a meeting or something. If you get in a habit of closed / losting pipeline, your pipeline becomes really, really lean.

It becomes very much all being worked and moving through the stages and that allows you to be quite predictable with it. And that means that all the, you know, the trends, behaviors, forecasting becomes really easy.

So I’d say people with great pipeline of management every week are maybe looking in meetings to close one / lost one deal like, you know, or giving it an ultimatum, you know, go and speak to this account. If they don’t come back to you in the next seven days, like get rid of it. Like we can start again fresh if they do come back. But I’d say that’s probably the biggest thing that’s, that’s different.

And what are the top sales metrics to measure and improve, and why?

There’s a few, but I think generally across all sales teams, one that applies to most is going to be velocity. So being able to look at your average deal size, your win rate sales cycle and how many opportunities you carry moving forward.

These four hold true across, you know, all sectors, company sizes, you know, whether you’re mid-market SMB, enterprise. And I think it allows you to keep on top of like, just what’s going on whether with your pipeline, but also your own performance. So I’d say start with those four and then you can always expand into other things that might be more niche for your business, but they seem to give most managers and reps a really good handle as to sort of what’s going on. 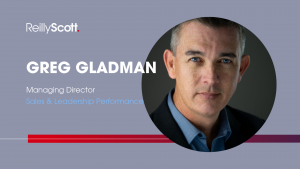 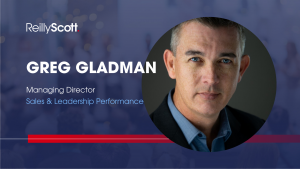 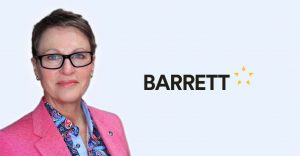 What highly evolved sales leaders are doing to drive teams, growth and revenue

We headhunt Sales Leadership talent with the right sales acumen and experience leading an SMB or enterprise sales team.

We deliver a higher calibre shortlist than traditional recruiters and secure the top 5% best-fit Sales talent who can make a significant contribution to your business.

We partner with B2B companies to restructure or design their sales teams; and develop compensation plans to attract and incentivise top sales talent.